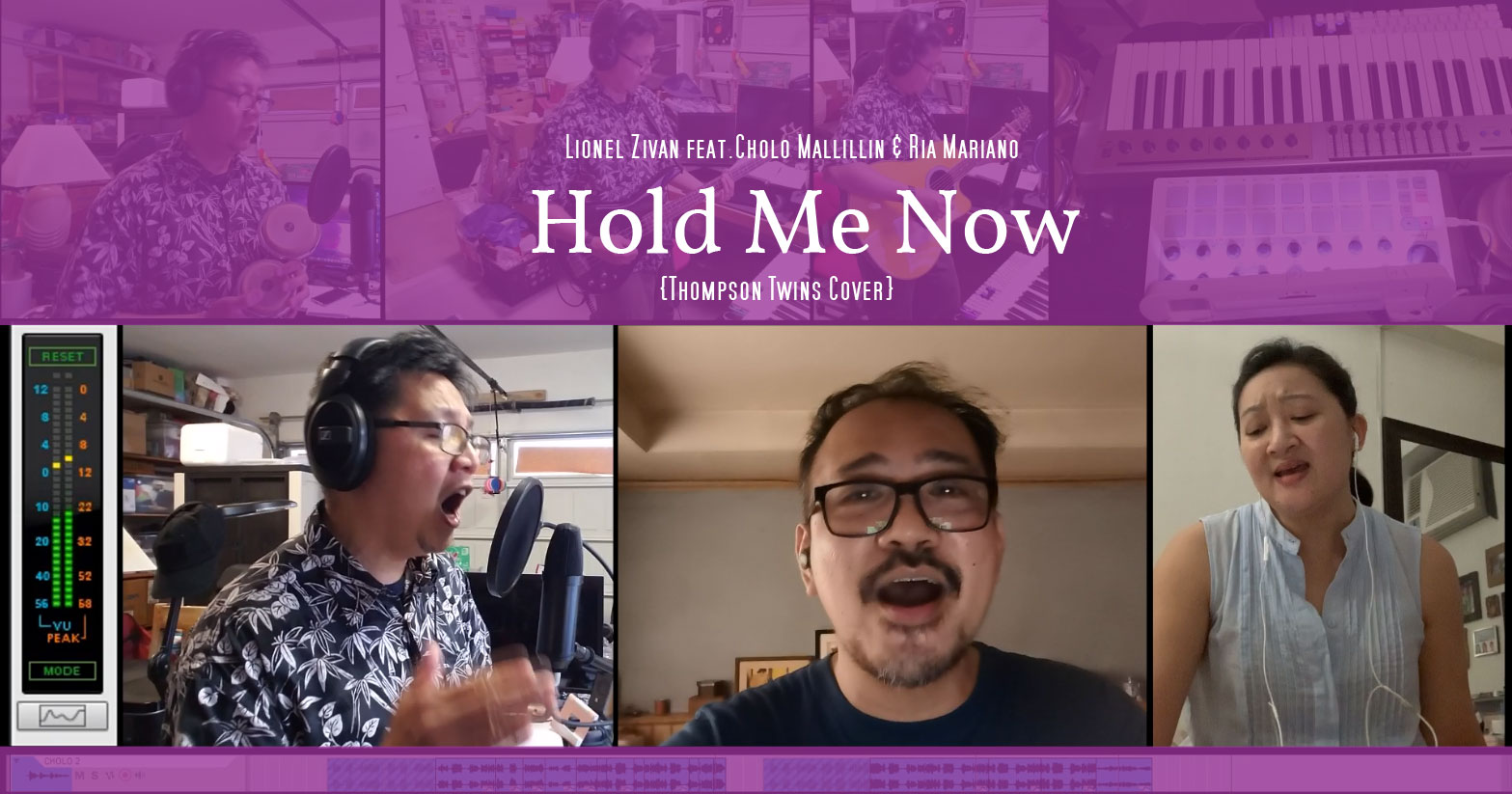 Here’s my #DadPop cover version of the 1983 Thompson Twins tune “Hold Me Now” — a hit song that stayed on the American Top 40 charts for 21 weeks and peaked at number 3.

For this cover, I got some professional help on vocals from Cholo Mallillin and Ria Mariano, both of whom were former bandmates, though never in the same group together until this video… Plus my daughter has a cameo appearance in the first verse, to show me what real “performance level” looks like.

The Concept Behind the Cover Version

You know I can’t resist going into these behind-the-scenes explanations, right? Right.

The idea was simple: remake a song I enjoyed as a youth, give it a trickling of The Eagles’ “dad pop” guitar jangle, some of Basia’s bossa nova sophistication, and my regular acoustic pop arrangement. And produce a tropical vacation on audio! Hope this actually achieves its aim.

What’s With the 80s and Pictures Pinned to Our Walls?

Seems like every melancholic ’80s song has reference to posters on walls. See songs by The The and The Cure and even Suzanne Vega.

Come to think of it, that may be a good idea for a playlist: every 80s song with reference to pictures on walls.

This site uses Akismet to reduce spam. Learn how your comment data is processed.